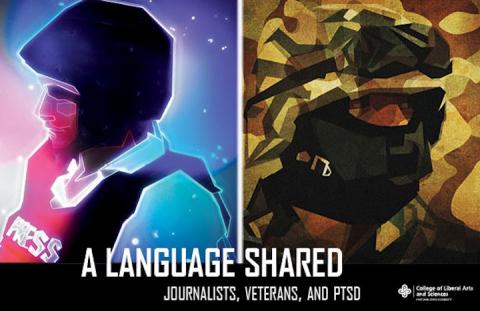 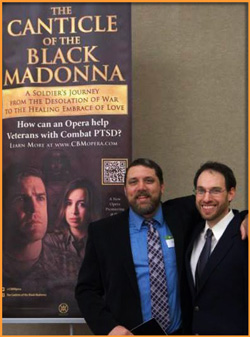 Portland State University recently hosted A Language Shared: Journalists, Veterans, and PTSD, a guest panel discussion featuring Sean Davis, Veterans Service Coordinator for The Canticle of the Black Madonna. Davis, author of The Wax Bullet War: Chronicles of a Soldier & Artist, spoke eloquently about his service, both as an enlisted infantryman in Haiti and as a Sergeant in the Oregon National Guard in Iraq in 2004. He urged officers and NCO’s to create a safe and supportive environment for their soldiers to seek and receive help when dealing with PTSD.

As Veterans Service Coordinator for The Canticle of the Black Madonna, Davis is responsible for enrolling veterans throughout the Northwest to participate in the direct service offerings, including:

Davis is also the co-founder of A Rock or Something Productions, a Portland-based artistic 501.c.3 nonprofit with the stated goal “to promote interaction between the veteran community and the civilian community through writing, stage, film, and music.” Davis and his co-founder, 1st Sgt Miah Washburn, were the driving force behind bringing the professional premiere of The Canticle of the Black Madonna to Portland. Below is a conversation between these two career infantrymen, as recorded by National Public Radio’s Story Corps project: