Home > The Composer and the Librettist

The Composer and the Librettist 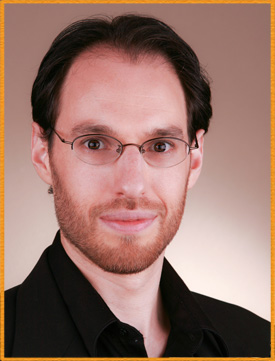 Ethan Gans-Morse is a critically-acclaimed composer and producer based in Southern Oregon. He is best known for composing and producing the opera, The Canticle of the Black Madonna, which The Oregonian called “a huge achievement… generous, carefully crafted and supremely compassionate” and Oregon ArtsWatch hailed as “one of the most exciting developments of the arts season.” He focuses on collaborative, socially relevant projects that foster greater human connection. As Eugene Weekly described his work, “Classical music is often rightly accused of ignoring the here and now. Fortunately, [composers such as Gans-Morse] are using classical and postclassical forms to help us understand the sometimes-unpleasant realities of the world we live in.” His most recent commissions include How Can You Own The Sky? A Symphonic Poem Honoring Native Wisdom, a program symphony commissioned by the Rogue Valley Symphony in honor of its 50th anniversary season, and Tango of the White Gardenia, a tango-infused opera in two acts for Cascadia Concert Opera in Eugene, Oregon.

His instrumental works have been performed by numerous ensembles, including the American Creators Ensemble, the Quartetto Indaco, the Fireworks Ensemble, the Firebird Wind Trio, and the Eugene Contemporary Chamber Ensemble; his choral works have been performed by the Portland Vocal Consort (winner of their 2010 Composer Competition), Chorus Austin, the American School in Taipei, Taiwan, The Sandlapper Singers, and the Contemporary Choral Collective of Los Angeles. His music has been presented at numerous concert series, including the highSCORE Festival in Pavia, Italy, the Instrumenta Oaxaca Festival in Oaxaca, Mexico, the Music Today Festival, the Vanguard Concert Series, The University of Wyoming New Music Festival, the Oregon Composers Forum, the Oregon Bach Festival Composers Symposium, and the Ashland Winter Fine Arts Festival.

His work is available at www.EthanGM.com. He can be reached at ethan@animamundiproductions.com 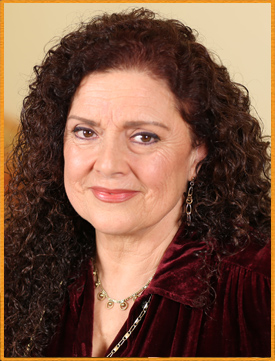 Tiziana’s libretto draws on classical elements, such as the Greek Chorus and the archetype of the warrior articulated in Homer’s Odyssey, while interweaving contemporary influences such as Jungian psychology, groundbreaking research in PTSD, and current events of the last five years.

Born in Milan, Italy, Tiziana DellaRovere is an accomplished writer of poetry, fiction, and non-fiction. She has written two librettos for new operas by her husband, composer Ethan Gans-Morse, as well as poetry for their program symphony, How Can You Own The Sky?, and numerous art songs and choral collaborations.

Tiziana’s writings flow from her convictions about the cultivation of love as a fierce, courageous and down-to-earth power that can heal the heart of humanity. How Can You Own The Sky? employs the genre of program symphony as a vehicle for social reconciliation via a narrative journey through the painful history of Southern Oregon’s Native peoples, culminating in a vision hope and restitution.

The Canticle of the Black Madonna is a large-scale, two-act opera which explores the parallel themes of war and environmental devastation through the story of a veteran returning home to his wife in Louisiana during the 2010 Gulf Oil Spill. The couple finds peace in the love of the universal mother, as embodied in the archetype of the Black Madonna. In Tango of the White Gardenia, an Argentine tango-themed chamber opera set in a small town on the California coast, the central character faces the challenge of staying true to her heart in the face of competition, bullying, and injustice.

In both these works, the healing power of love is presented experientially as a living, tangible connection with a vibrant life-force that each person carries within.

In addition to her work as poet and librettist, Tiziana is a published author whose works explore the rebalancing of the archetypal masculine and feminine, as in her books Sacred Fire: Rites of Passage and Rituals of Worship and Adorata: The Path of Enlovenment, and her upcoming The Sacred Lovers Within.

Tiziana studied law and philosophy in Milan, painting and sculpture at the California College of Arts and Crafts, clinical psychology at San Francisco State University, and was among the first women to be ordained at the seminary of the Liberal Catholic Church of Antioch. Her writing, teachings, and paintings are unified in her devotion to bringing the mystical experience of the Divine into everyday life.

She can be reached at tiziana@animamundiproductions.com

Ethan Gans-Morse and Tiziana DellaRovere are the co-founders of Anima Mundi Productions.