Click on the names below to view full biographies 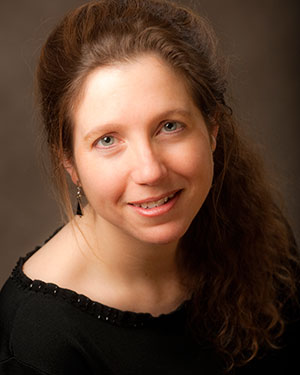 At home in Portland she has directed The Return of Ulysses, Lucia di Lammermoor and La Traviata for Portland Opera and Die Fledermaus, A Little Night Music, Nicolai’s The Merry Wives of Windsor and 7 Gilbert and Sullivan operettas for Mock’s Crest at the University of Portland including their recent production of Iolanthe. Kristine spent 8 years on the directing staff of the Metropolitan Opera where she directed revivals of La Traviata, Il Barbiere di Siviglia  and Luisa Miller and began her career at the San Francisco Opera. In San Francisco she also founded Everyman, a theatre company dedicated to modern productions of classic theatre repertory and she is a regular collaborator with Rebecca Salzer Dance Theatre where she helps to create original works of theatre that explore the union of text, movement and video. Kristine has trained opera singers in the studio programs at the Santa Fe Opera, San Francisco Opera, Portland Opera, and Pittsburgh Opera and she regularly writes and directs operatic adaptations for Portland Opera-To-Go. Upcoming projects include a new production of Heggie’s Three Decembers, Otello for Pittsburgh Opera, Of Mice and Men for Tulsa Opera and Austin Lyric Opera, and a new production of Jenufa. 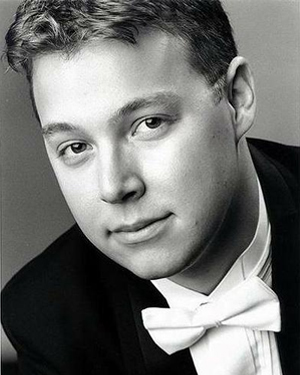 Mr. Heller has led ensembles across the United States with appearances at Carnegie Hall, Lincoln Center and Chicago’s Symphony Hall. He has toured internationally in Italy, Germany, Estonia, Sweden and, most recently, China, where he led combined choirs from Texas at the Forbidden City Concert Hall in Beijing and at the 2010 World Expo in Shanghai. Among his honors, Mr. Heller and Chorus Austin were finalists for the prestigious American Prize for Outstanding Choral Performance in 2010. In 2008, he was nominated for a Portland Music Award as “Outstanding Classical Musician.” He also received the Dean’s Award from Chapman University and a Young Artists’ Award from the National Recording Academy.

Mr. Heller has served as Musical Director of a wide variety of productions throughout the West Coast, including Brigadoon, Pirates of Penzance, H.M.S. Pinafore, Sweeney Todd, Annie, Company and Into the Woods. As an active performer, he has appeared and/or recorded with groups such as the Portland Opera, William Hall Master Chorale, Choral Cross-Ties, Portland Baroque Orchestra, Cappella Romana, Lakewood Theater Company and the Broadway Rose Theater Company. 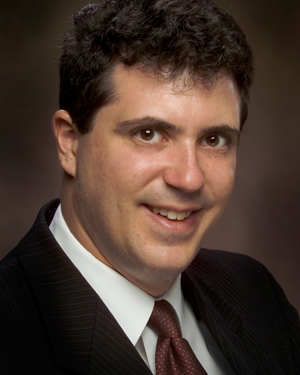 Mr. Sperry is currently a Professor of Music at Portland State University and director of the Portland State Chamber Choir, which he recently led to win the first-place “Grand Prix” award at the 52nd annual Seghizzi International Choral Competition in Goriza, Italy. 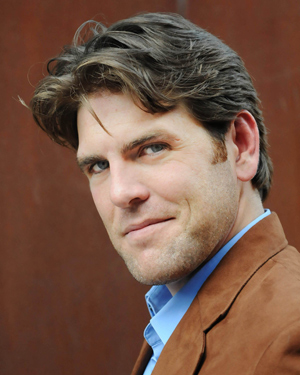 In the 2012-2013 season, Mr. Mayes reprised his critically acclaimed Joseph De Rocher for Eugene Opera. Additionally he appeared with Urban Arias in Photo-Op, sang Eisenstein in Die Fledermaus for Opera on the James, Figaro in Il barbiere di Siviglia with Pensacola Opera, Don Giovanni with the Green Mountain Opera Festival, and returned to Ft. Worth Opera as Elder Thompson in the critically acclaimed world premiere of Glory Denied.

Most recently, Mr. Mayes performed the title role of Rigoletto in his Boston Lyric Opera debut and as Escamillo in Pensacola Opera’s Carmen. In the coming months, he debuts with the Gotham Chamber Opera in Baden-Baden 1927, in Jake Heggie’s Great Scott at Dallas Opera, and as Sharpless in Madama Butterly at Michigan Opera Theatre, before returning to the role of Joseph De Rocher in Dead Man Walking at Madison Opera followed by Central City Opera in the summer of 2014.

“As Rigoletto, baritone Michael Mayes, also in his first Boston Lyric Opera performance, caught the full range of the character’s jocularity as well as the dark anger and sorrowful depths of his tragic downfall. His amber-toned “Cortigiani” the jester’s pleading to the Duke’s courtiers, made for a pitiable and poignant moment, and Mayes’ singing in the final scene was heart-breaking.” —Boston Classical Review 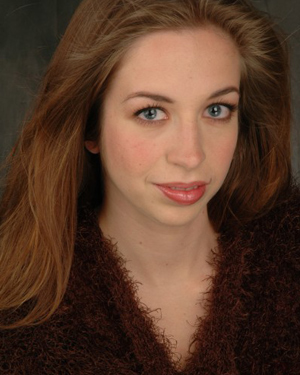 The past three seasons, Lindsey Cafferky has been the soprano soloist with Bravo! Vancouver performing Handel’s Messiah, John Rutter’s Requiem, Poulenc’s Gloria, Brubeck’s To Hope: A Celebration, and Bernstein’s Mass. Last winter, Cafferky was the featured soloist with the Beaverton Symphony Orchestra and the year before she was the soloist with Big Horn Brass performing holidays favorites.

Past performances include the Faure Requiem and Haydn’s Paukenmesse with First Congregational United Church of Christ, Orff’s Carmina Burana with Rogue Valley Symphony Orchestra and Chorale, Vivaldi’s Gloria with the Oregon Chorale and Haydn’s Creation with Sunnyside Symphony Orchestra. Operatic performances include the role of Rosalinde in Strauss’ Die Fledermaus with Mocks Crest, Venus in Offenbach’s Orpheus in the Underworld and Papagena in Mozart’s Magic Flute with Eugene Opera, Anne Page in Nicolai’s Merry Wives of Windsor with Rogue Opera, and Gretel in Humperdinck’s Hansel and Gretel with Portland Opera’s Educational Outreach Program Opera to Go. 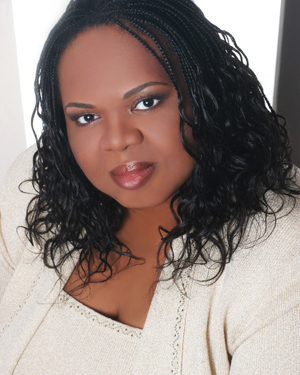 Ms. Brown’s signature role of Maria in Gershwin’s Porgy and Bess has made her one of the most sought-after and renowned artists to perform the role. She has appeared as Maria at Seattle Opera, the Boston Symphony at Tanglewood, Washington National Opera, New Orleans Opera, Los Angeles Philharmonic, on a tour of Germany, Brussels and Amsterdam, and upcoming at the Lyric Opera of Chicago in 2014. Opera News has declared that Ms. Brown “was a Maria with an ample voice to match her vivid personality,” and has praised her “dramatic power and vocal depth.” The Tacoma News Tribune raved “Brown steals the show.”

Other recent operatic appearances include covering Queenie in Showboat with both Lyric Opera of Chicago and Washington National Opera in 2013, where she went on for two performances. A burgeoning Wagnerian, Ms. Brown’s repertoire includes Fricka in Das Rheingold, which she performed at Des Moines Metro Opera, the First Norn and Waltraute in Götterdämmerung, and Erda in Das Rheingold and Siegfried. She has also performed the roles of Baba in Menotti’s The Medium, Kabanicha in Janáček’s Katya Kabanova and Filippyevna in Tchaikovsky’s Eugene Onegin.

An expert in American Negro spirituals, Ms. Brown performed as a featured soloist with the Chicago Symphony in its 2009 project Beyond the Score: Dvorak’s New World Symphony, and is featured in the accompanying documentary. Other orchestral appearances include Beethoven’s 9th Symphony and Hale Smith’s Four Spirituals with the Chicago Sinfonietta, and 3 seasons at the Yachats Music Festival in Oregon. She has given numerous recitals, including those for the American Spirituals Negro Spiritual Scholarship Foundation in Florida, the Opera Memphis Negro Spiritual Scholarship Foundation, the Fisk University Arts Festival, and the Four Seasons Concert Series in San Francisco.

Her awards include Regional Winner in Memphis and Regional Finalist in Chicago with the Metropolitan Opera Council, Finalist for the Altamura/Caruso International Voice Competition Study Grants, and third place winner for the National Opera Association. 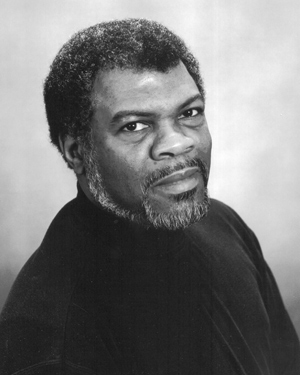 Bass André Flynn has been an active performer in the Northwest for more than 30 years in opera, oratorio, concert and recital. His appearances with Portland Opera include Don Prudenzio in Il Viaggio a Reims, Dr. Grenvil in La Traviata, Montano in Otello, Angelotti in Tosca and many others. Recent credits include Cadmus in Semele in the Baroque Opera Workshop, 2nd Handwerkbursche in Wozzeck in the Astoria Music Festival and Ferrando in Il Trovatore with the Portland SummerFest Opera.

With Eugene Opera, he has performed Bonze in Madama Butterfly and Simone in Gianni Schicchi. Most recent oratorio performances include Dvorak’s Stabat Mater and Handel’s Messiah with Boise Master Chorale and Mozart’s Requiem with Oregon Repertory Singers. He has been a featured soloist with the Anchorage Symphony Orchestra and The Basically Bach Festival. Mr. Flynn was the winner of the 1981 Alaska District Metropolitan Opera Auditions and the 1979 and 1981 Alaska Biennial Competitions. In addition to his solo performing he has been as member of Portland’s Choral Cross-Ties and The Montana Chorale. 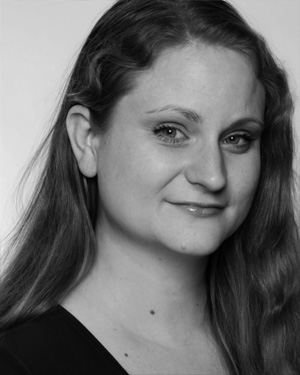 Rachael Buckholt is a Soprano and recent graduate from Portland State University with a Bachelors in Vocal Performance. While at Portland State she performed in leading roles such as Fiordiligi in Così Fan Tutte, Blanche in Dialogues of the Carmelites, Anna Maurant in Street Scene, and Hanna Glawari in The Merry Widow. She has had the privilege of working with Internationally renowned directors such as Tito Capobianco and David Edwards. Rachael was also the recipient of the Ruth Dobson award for Outstanding Operatic Achievement. She has also been the featured soloist for the Cascadia Composers Concert, Mt. Hood Pops Orchestra, and Portland State Chamber choir.

Currently she is a featured soloist and soprano section leader with Trinity Episcopal Cathedral in downtown Portland. She is honored and privileged to make her professional opera debut as the Female Angel and as the understudy for the role of Mara in 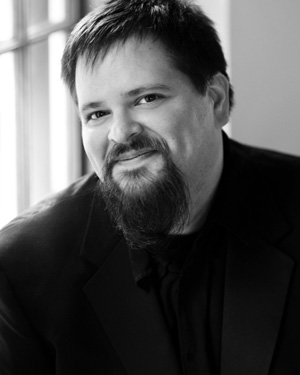 Praised by The Oregonian for his “striking countertenor voice,” and for having a voice “like steel dipped in chocolate,” Tim Galloway is an alto countertenor and high tenor recognized for his interpretation of English Renaissance music and musical versatility. His past credits include alto solo work in Handel’s Messiah with Portland Baroque, Orff’s Carmina Burana, and the operatic roles of Pane in Cavalli’s La Calisto, the Witch from Purcell’s Dido and Aeneas, Jenny Diver in John Gay’s The Beggar’s Opera and Bertha in a modernized production of Rossini’s Barber of Seville. He has also ventured into operatic film with Opera Theater Oregon.

Tim is a rostered artist as both a countertenor/tenor and multi-instrumentalist (recorders and Renaissance winds) for Cirque du Soleil and performs regularly with Cappella Romana, Portland Baroque Orchestra, along several other ensembles along West Coast. Tim is a regular recording artist for Oregon Catholic Press and has done voice-over work for film. He can be heard every week as Trinity Episcopal Cathedral Choir’s staff alto soloist and is currently freelancing, instrument building, and woodworking in the Portland metro area.